with LG Surgeson &
Clara Euphemista Cropper & Bread and Butter Pudding with Custard The Goblin
aka as ‘The Amazing Bazooka Sisters’ .

Give us your name & any known aliases

Summarise your bio in no more than 100 characters

I was born in Iowa, lived in Phoenix, Northwestern Washington, and now in a quirky, high desert town called Twentynine Palms. I’ve been a wife, mother, bookkeeper, collector, Super Advanced Agent for Nintendo of America, and now an author.

Tell us about your current work?

The Silver and The Green, Book 2 Chronicles of Tonath was just published. It’s a tale of the planet Tonath and its culture which makes it a work of science fiction. Three people struggle to find their Pathway in a wild province of their world.  One is a Seeker of knowledge and old legends. One seeks the family wealth, and one seeks a way to ease the sufferings she has seen. One will become the new Teacher for all of Tonath, one will begin her dream of rescuing the older, destitute women on the planet, and one will give his life to save the others. In the course of their journey, there are fights, wars, raids, and a fight for survival in a wild land. Grant Vidal the leader of the Green Marauders will interfere with their plans.

Have you got anything else out at the moment?

There are seven other novels. One is Book 1 of the Chronicles of Tonath and the other are Books 1 through 6 of the Chronicles of the Maca. All are #scifi, adventure, and a family saga of aliens and Earth beings which means love, romance, and sex are not slighted either. There are four anthologies of Twisted Tales written by someone who looks at the world at a different angle. 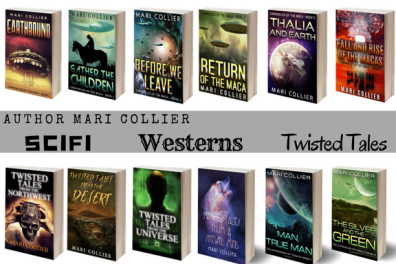 We know you’re a writer, what else do you do?

I’m always a glutton for punishment and a history buff so I volunteer at the Old Schoolhouse Museum, I’m on the Twentynine Palms Historical Society’s Board of Directors, and write two columns for their Old Schoolhouse Journal.

Who’s your writing hero and why?

Really a difficult question. There are Will and Ariel Durant for the outstanding historical volumes, the Story of Civilization, Zenna Henderson for her series on The People, Frank Herbert for the Dune Series, and, of course, the incomparable Shirley Jackson.

If you could have been the author of any book in history which one do you wish you’d written and why?

Caesar and Christ by Will Durant. It is the best book I have ever read.

Tell us about your writing rituals – do you write in your Pjs, in your garden, in the pub or in the altogether?

I tend to do all the physical work first. Yard work, house cleaning, shopping, laundry etc. Then there is the promo work online. That means I’m at the keyboard between 2:30 and 4:00 p.m.

Do you ever get irritated with your own main characters?

Not really, although Red O’Neal can be upsetting at times.

When someone thanks me for writing a certain novel. Don’t laugh. It has happened.

What do your family think of your writing – be honest!

My son was shocked, shocked, I tell you, that HIS mother wrote such a book. My daughter won’t read my novels because as she says, “I know my mother.” My one granddaughter is a doll. She loves my books and even wrote a review on my anthologies. I treasure that one. I have been told one great niece has all of them, but do not know if she has read any.

Would you prefer to be a literary great or a cult hero?

Cult hero would be great! I could wave at all my fans.

Now take a deep breath! I’m going to hand you over to Clara and Pudding, who are going to take it from here – brace yourself, they’re easily amused.

Are you posh or wot?

I grew up on a farm without electricity or an indoor bathroom. Posh isn’t my style. 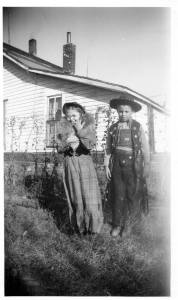 Mari outside the back porch of the farm where she grew up.

What’s the longest word you can spell wiv out checkin’?

I refuse to answer on grounds that it may incriminate me. Spell Check has forever ruined my spelling ability.

‘ave you ever been harrested?

That puzzled me, but realized you weren’t using German so I went to the Urban dictionary. The answer is “no.” The only time I was stopped by a policeman (for driving too fast), he smiled and gave me a verbal warning.

Here lies a child of God

‘ave you ever used a gazunda?

Okay, I’ll admit that I had to look that one up. We called it a thunder mug. I was surprised to learn the polite term was chamber pot. In the cold of winter with outhouse outside, far away from the house, of course, I’ve used one.

Fresh out of the oven or cold.

Can ya sing and what songs do ya know?

That may be debatable, but I sing quite loudly. I know the hymns I’ve been singing since I was three, a few folksongs, spirituals, and, of course, I once belted out Heartbreak Hotel.

What about folk dancin’ ‘ave you ever tried it and did you get injurered?

I’ve square danced and have done the polka (that’s folk dancing, isn’t it?), but beyond that I stuck to the two-step, the waltz, and oh, yeah, there was a time when I rocked ‘nd rolled. No injuries from any.

I have become rather dull without my husband, so the answer is no.

Would you like some of these apples…. what aren’t stolen, honest?

As long as they aren’t horse apples, I’m game.

Do you have a fab’lous hat?

Alas, all of my hats went the way of fashion along with the gloves.

What’d be worse one twelve foot mole, or twelve moles with only one foot?

Either way it’s an invasion. Man the ramparts.

If someone gives you an empty collander, what do you do wiv it?

Give it to my daughter-in-law. She still cooks pasta, I don’t.

What’s your plan in the case of a zombie apocalypse?

Get out the rifle and ammunition and shoot them in the head. Then wake up when the alarm goes off and write down the main points of the story. I never figured out why people like or watch that.

Buy links: The Amazon Author Page has all my books. Barnes & Noble doesn’t have and Author Page so this is as close as it can be: http://www.barnesandnoble.com/s/books++mari+collier

I Read What You Write!
What is Life without Books