Any who believe the Freetown Bridge to be a monument to Freedom have sadly misjudged the dark intent of the Frisian Inquisition. Thousands of slaves have been snatched to help with its construction and the fears of its purpose are building across the continent. Shrouded in mystery and heavily guarded, it nears completion. Unable to stop themselves, a small group of Adventurers from the renegade City State of Aberddu seek to join those who would destroy it. A rag-tag gang of mercenaries, priests and green-skins prepare to stand up to the might of the Red Inquisition before they discover that the enemy is closer than they realised.

Buy the book: OUT NOW 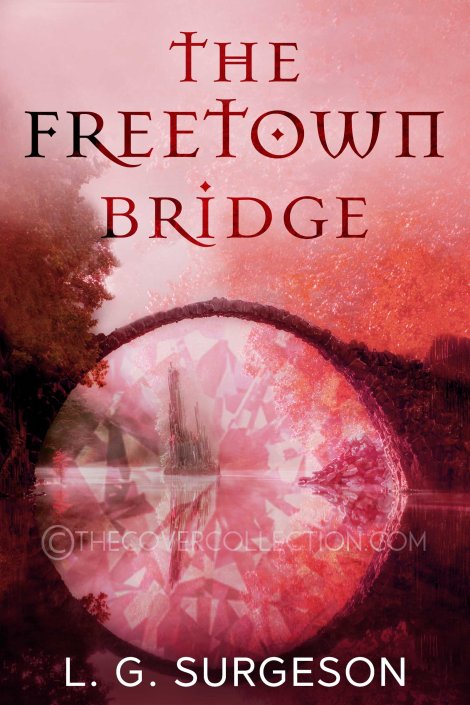 “Oh,” said Gerard, his eyes not leaving the glinting blade. “Sometimes, you’re terrifying you know that? Not that I’m complaining of course,” he added quickly as Iona turned to walk back up the hillside. Haplessly, he stood and watched her ascend for a minute. Then, as she disappeared into the mist, he realised that she hadn’t bothered to check that he was following and raced to catch up with her.

“When you said ‘you don’t know what’s down there in that fog,’” he gasped finally level with Iona again, “What you meant was that I didn’t know what was in that fog but you did, wasn’t it?”

A scornful smirk curled across Iona’s face as she turned to look at the flushed cheeks of the wheezing wizard.

“Glad you’ve finally worked that one out,” she retorted, “Now perhaps we can get to where we’re going without getting ourselves killed.”

“Absolutely, right you are. You lead on then, madam,” said Gerard, trying to sound cordial whilst still flushed and panting. Fire flashed in Iona’s eyes, as she turned on her heels, started back up the hill and growled

I Read What You Write!

What is Life without Books